Don't Judge A Book By Its Cover: Susan Boyle Wows on Britain's Got Talent

How often have you looked at someone and immediately formed an opinion or judgement about the person? I remember learning that lesson many years ago, when I met a construction worker who I automatically determined was a beer guzzling, hard-rock music loving, football-on-a-Monday night kind of guy. Not that there's anything whatsoever wrong with that, but it just seemed to fit the stereotype. How wrong I was! He was a very cultured man, loved classical music and wine and was, in other words, nothing I had imagined him to be, given his job and appearance.

We tend to do this, whether consciously or unconsciously- judging books by their covers, and though oftentimes we might be right, there are times when we can be woefully wrong.

Take Susan Boyle, an unemployed, single (never been kissed) singer on Britain's Got Talent 2009 who was initially dismissed, by audience and judges alike, because of her age and looks, until they heard her incredible voice.

Susan Boyle on Britain Got Talent
Uploaded by dwarthy

It's reminiscent of Paul Potts, who eventually won Britain's Got Talent several years ago.

Two immense, unforgettable talents in bodies that people would rarely look twice at.

You never know what lies beneath the outer packaging. There could be a gem beneath a piece of newspaper, and a piece of coal beneath a swath of shiny silk.

Look beyond outer appearances, you never know what lies beneath.
Posted by Incognito at 6:37 PM No comments: Links to this post 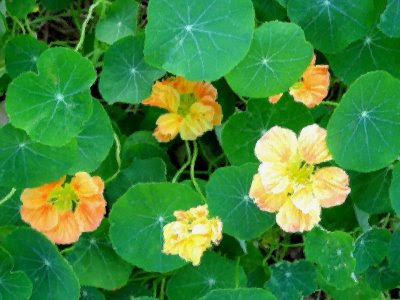 Just wanted to wish everyone a blessed Passover and Easter!!
Posted by Incognito at 1:32 PM No comments: Links to this post