UPDATE 5/29/13:  It turns out the 22-year-old woman who reported the baby crying was actually the mother.  She is a single woman who claims the baby slipped down the squat toilet. It's entirely possible she is telling the truth.


It's still a miracle the baby survived.

Some things that happen in life can only be classified as a miracle. Like the rescue in China of a newborn baby boy who was flushed down a squat toilet in an apartment building in Jinhua, Zhejiang province. Tenants apparently heard some cries from the sewer pipes, and that's how they discovered there was a two-day old baby stuck in there. Firefighters cut away a section of the pipe containing the baby, and medical personnel in the local hospital carefully cut around the pipe to be able to remove the baby.

Baby 59 is in stable condition.

If you watch the video below you will see just how miraculous the rescue was.

There have been offers to adopt the boy, but that's not going to happen. If the parents don't claim him social services will take over.

Since boys are the preferred sex in China, as a result of their "one-child" policy, one can only assume that they already had a child and did not want to be penalized for having a second. It's heartbreaking on so many levels, but at least the boy survived.

This baby's soul obviously has things it wants to accomplish this lifetime.  God speed Baby 59.

Source: NY Daily News
Posted by Incognito at 11:31 AM No comments: Links to this post

Zach Sobiech just passed away at the tender young age of 18. He had osteosarcoma, a terminal, rare form of bone cancer. When he was told he had six months or so to live he started writing songs as a way to say goodbye to his friends and loved ones.

The following video is a tribute to his "Last Days", and he gives us all a lesson in how to live.

Live your life as if today was your last, and most importantly- make people happy.

He was and is an inspiration.

Another box of kleenex video.

Posted by Incognito at 12:07 AM No comments: Links to this post

It's Better To Give Than Receive- Homeless Man Gives $250.00 To Charity

From a spiritual perspective it's far better to give than to receive. Most religious and spiritual faiths emphasize the importance of giving to others, either through good deeds or monetary aid.  Acts 20:35 of the King James Version of the Bible says:

I have shewed you all things, how that so labouring ye ought to support the weak, and to remember the words of the Lord Jesus, how he said, It is more blessed to give than to receive.

It's even more remarkable when those who have nothing manage to find small ways of giving to others what little they have.  That's what a homeless 77-year-old veteran did. Ed Denst saved up 250 one dollar bills and then donated the lot to the Society of Saint Vincent De Paul Council in Los Angeles. $250.00 might not seem much to some, especially those cynics who believe that since he "didn't lift a finger to get that $250", " giving it away means absolutely nothing," but it does.

"Well, because I thought about giving back. (It) makes me feel very good," he said.

Denst, an ex-Marine, said he became homeless after his wife died 23 years ago. He admitted he sold his house and spent all his money.


Denst said he'll continue to give, not just take. He doesn't consider himself a religious man, but he's learning the Lord's prayer.

"Give us this day our daily bread...that is very meaningful to me. I think that is how I have every day," he said.

"What I'm learning is that people are charitable and that should make me thankful."

Source: CBS
Posted by Incognito at 7:53 PM No comments: Links to this post

Email ThisBlogThis!Share to TwitterShare to FacebookShare to Pinterest
Labels: Charitable giving, Ed Denst, Generosity and Giving, Giving to others

Video- What is love? Bill Forward's Unconditional Love For His Wife Glad

This video of an Aussie couple who have been married for 50 years demonstrates what unconditional love and selflessness is all about. Bill Forward has been taking care of his wife Glad, who has Alzheimer's, since 2004/2005. He now has to do everything for her including brushing her teeth. He does not see this as a burden.

A little background on the video.
Posted by Incognito at 12:50 AM No comments: Links to this post

Email ThisBlogThis!Share to TwitterShare to FacebookShare to Pinterest
Labels: Alzheimer's, Bill and Glad Forward, selflessness, unconditional love, What is Love 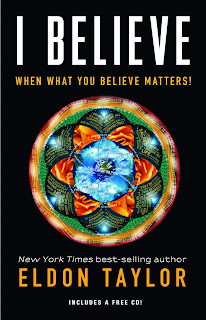 Eldon Taylor, NY Times best-selling author of "Choices and Illusions",  wrote a book called "I Believe" which was published by Hay House last year as a hardcover.  It quickly became an international hit, so Hay House has decided to release a paperback version.

In case you are not familiar with the book:

I Believe: When What You Believe Matters! reveals the importance of choosing your every life belief and the effects these choices have on the quality of your life—impacting areas that may surprise you in ways you have not thought of. From influencing how long you will live and how your DNA expresses itself to what you will allow yourself to see and hear, I promise that you will be astounded at the many consequences for every single belief. It's like a spider web that continually builds upon itself often trapping us where we don't want to be. The book also comes with a CD featuring Eldon’s patented InnerTalk technology.


Eldon's people are inviting my readers to a book launch party, with a bunch of bonus gifts when you order, plus a chance to enter a drawing to win some wonderful gifts from some of Eldon's supporters. This is a limited time offer. If you are interested, check out their promotion link. 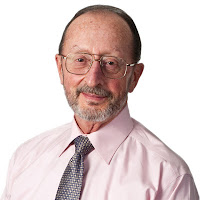 Posted by Incognito at 10:45 AM No comments: Links to this post